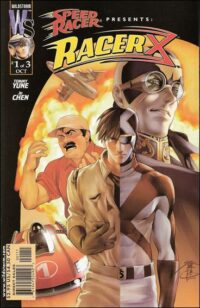 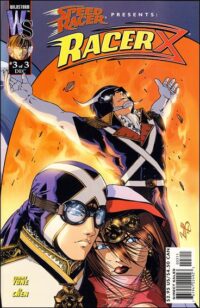 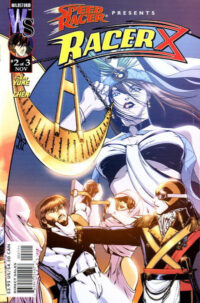 *Racing thrills, political intrigue and doomed romance abound in this manga-style miniseries! Having left his family and racing career behind, Rex Racer has journeyed to the small island nation of Kapetapek, where he’s been challenged to better his racing skills by the enigmatic Prince Kabala. Can Rex concentrate on his studies while in the presence of the beautiful Princess Sylvana, or will his infatuation prove to be a deadly distraction under the watchful eye of an overprotective royal family? The secrets of Speed’s older brother, Rex Racer, are revealed in an incredible manga-style miniseries!