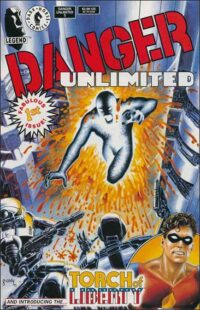 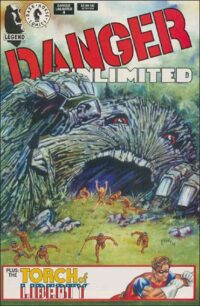 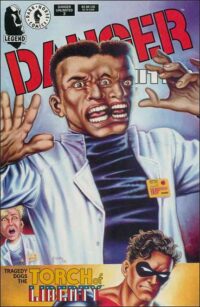 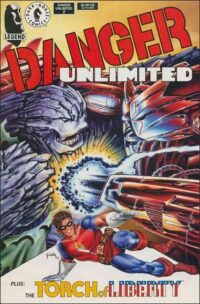 *Story and art by John Byrne. Cover by Gary Cody. How much can the world change in 75 years? Don’t ask Cal Carson. He’s spent three quarters of a century in stasis, but now memories of his membership in the original Danger Unlimited team are gone. Still — he’s pretty sure the alien Xlerii shouldn’t be ruling the earth…! Danger Unlimited provides all-new super-team action from the man who redefined the genre: John Byrne! Plus, a rollicking, exciting back-up series written by Byrne and illustrated by Kieron Dwyer, starring the pulse-pounding fighter for freedom: The Torch of Liberty! Having emerged last issue from a 75-year-long period in stasis, Cal Carson begins to discover the ways of a world he no longer understands. Meanwhile, the origin of the original Danger Unlimited team is revealed. And speaking of origins: in our riveting back-up feature, learn the story behind that swashbuckling sentinel of justice, The Torch of Liberty! Fans of classic superhero comics won’t want to miss this one!