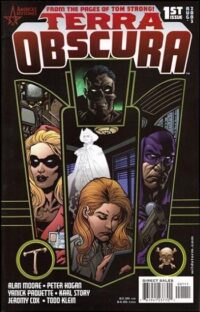 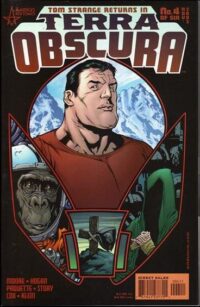 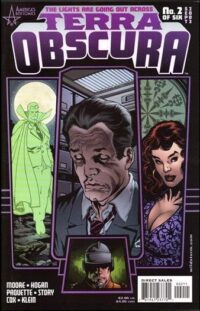 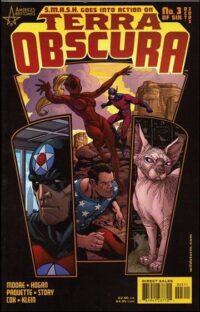 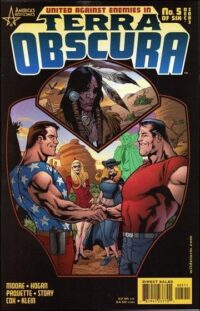 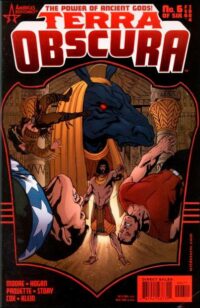 *WRITTEN BY ALAN MOORE AND PETER HOGAN; ART AND COVER BY YANICK PAQUETTE AND KARL STORY A new ABC adventure begins! The heroes of Terra Obscura continue to adjust to life after 30 years in suspended animation ? their world has become a different place. Can they come together to defeat a mysterious threat that could overtake the western United States? Enter private detective Grant Halford, a.k.a. former science hero The Magnet. His friend and former partner, Lance Lewis, has been murdered in Las Vegas, and the magnetically charged gumshoe intends to find the culprit responsible! But his investigation takes an unexpected turn and he crosses paths with old friends! Meanwhile, the mysterious blackout plague is spreading, causing more death and destruction…where are S.M.A.S.H. when their world needs them?