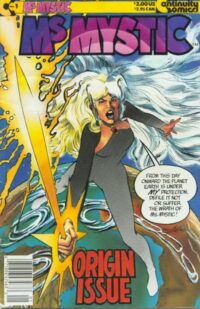 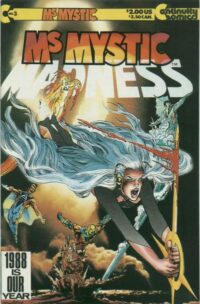 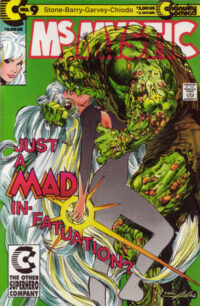 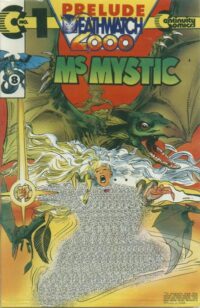 *Covers by Neal Adams. “Ms. Mystic,” script by Neal Adams, pencils by Neal Adams, inks by Neal Adams and Michael Netzer (as Mike Nasser); A small group of scientists, armed with an “act of Congress,” are investigating the source of pollution in the Arizona desert; They find a factory in the middle of nowhere, and are attacked by automatons. Suddenly, an unknown female appears and eliminates the threat; She explains to Dr. Raas, who leads the investigation, that she was once a witch, a sensitive healer, 300 years ago. When she was burned at the stake in Salem, Massachusetts, she was able to remove her consciousness from her body and has been waiting to be freed from another dimension.