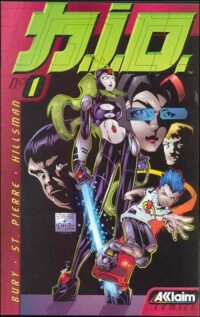 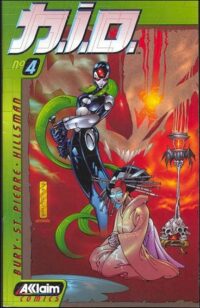 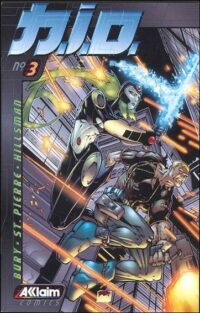 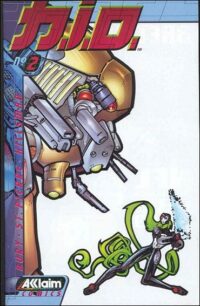 *Written by Shon C. Bury. Art and Cover by Joe St. Pierre and Don Hillsman. The place: Japan. The time: 150 years in the future. The Japanese government has perfected the art of artificial intelligence and succeeded in manufacturing a “robotic army” known as Project: N.I.O. (Neurotech Intelligence Organism). A young boy named Jimmu (whose parents are scientists working on Project: N.I.O.) stumbles onto some foul play involving the project leader and one of his top technicians. This sets into motion an intense chain of events, starting with the project leader ordering the execution of Jimmu and his family. Jimmu’s parents are forced to activate their own N.I.O., a robotic “female” warrior programmed to protect Jimmu at all costs. But what happens when N.I.O.’s memory and programming are corrupted by an outside source — the engrams of a human female accidentally downloaded into the N.I.O. programming? And what happens if the robot has a more human…and humane…agenda than the human?