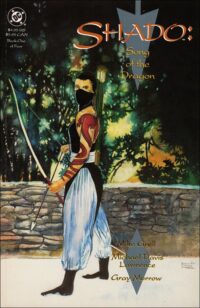 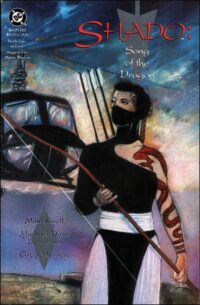 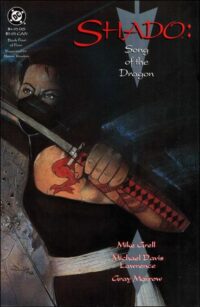 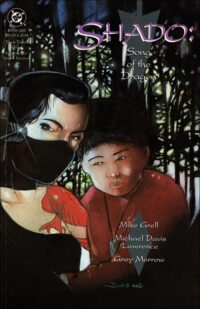 *Shado is one woman against the Yakuza. Her life and that of her child, Green Arrow’s child, is on the line. Shado, the woman warrior, was introduced in the miniseries GREEN ARROW: THE LONGBOW HUNTERS and has been an integral part of the ongoing GREEN ARROW series. Now, she’s the center of the action! Green Arrow appears in flashbacks of this miniseries, tying it to the continuity of the regular series and adding to the complexity of the relationship between Shado and Oliver Queen. It is the ruthless Japanese crime syndicate that Shado must fight, with an ancient and deadly sword at the heart of the combat. The sword, a tremendous symbol of power, is brought to Shado by a World War II veteran who wants to return it to its rightful owner. The Yakuza claim the weapon, and they will stop at nothing to get it. Shado is driven to help the old soldier, and the two confront danger at every step. Written by Mike Grell, with pencils by Michael Davis-Lawrence, inks by Gray Morrow and painted interiors and covers by Davis-Lawrence.