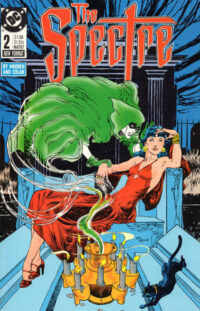 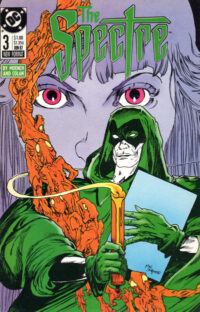 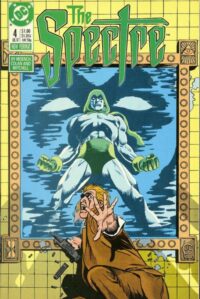 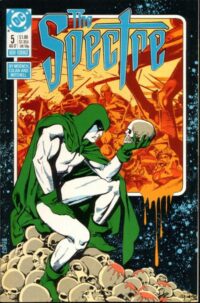 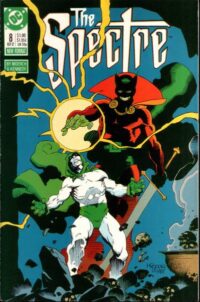 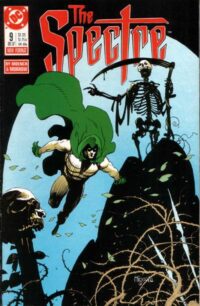 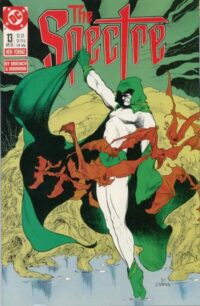 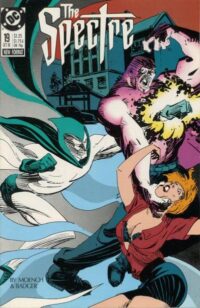 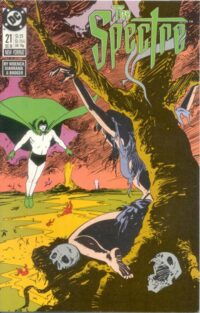 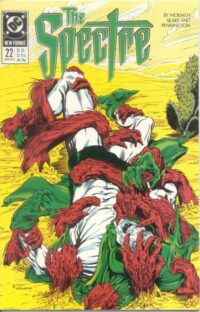 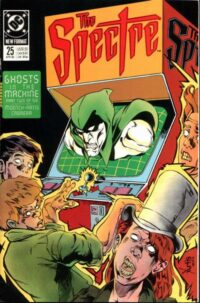 *Story by Doug Moench. Pencils by Gene Colan. Inks by Steve Mitchell. Under the guidance of Madame Xanadu, office girl Kim Liang is sent to retrieve a large urn from a locker in Grand Central Station. Inside is the body of Jim Corrigan, earthly host of the Spectre. The Spectre meanwhile is trapped in limbo after his failure in the Crisis on Infinite Earths. For them both to live, some changes have to be made to their relationship. With Jim Corrigan set up as a private investigator, Kim Liang as his girl Friday, and an office above the parlor of Madame Xanadu, Corrigan and the Spectre play a game of chess while they discuss their altered relationship. Just in time too, as they must deal with the threat of the Cult of the Blood Red Moon. And then a fashion photographer becomes disgusted with the superficiality of his industry. Unfortunately, rather than change the industry, he decides to take his anger out on his models. The Spectre learns of his crimes after setting up his new home as resident ghost of a haunted house.