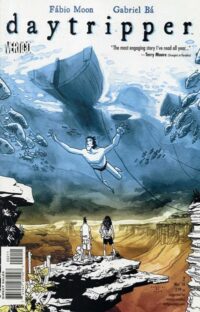 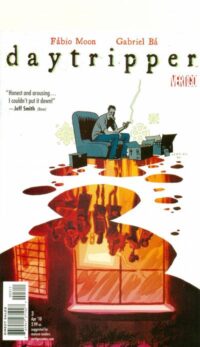 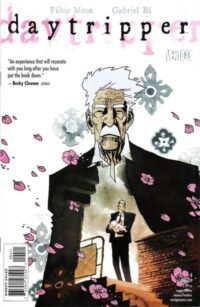 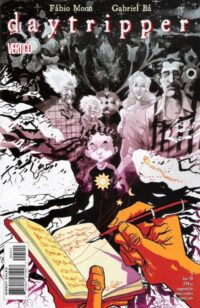 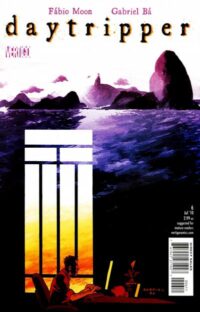 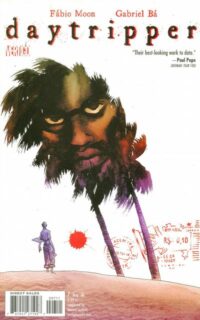 *Written by Gabriel Bá and Fábio Moon. Art by Fábio Moon and Gabriel Bá. Cover by Gabriel Bá They were two of Entertainment Weekly’s Top 100 stars to watch. They’ve won multiple Eisners and have worked with the top names of comics and pop culture from Joss Whedon (Sugar Shock) and Mike Mignola (BPRD: 1947) to Gerard Way (Umbrella Academy) and Matt Fraction (Casanova). Now, Brazilian wonder twins Fábio Moon and Gabriel Bá are back writing and drawing in a hauntingly lyrical series set in their native Brazil. With DAYTRIPPER, they follow in the tradition of Craig Thompson, Paul Pope and David Mazzucchelli – cartoonists at the top of their game making comics about the quiet moments that ask big questions. Brás de Oliva Domingos is an obituary writer with a famous father, a career he hates, and tons of questions. How does a person become a successful writer? How does a man get out of his father’s shadow? But those concerns will dwarf the surprise he’ll find in the first issue – a twist both he and readers will never see coming, which will grow into a mystery about the meaning of life itself.